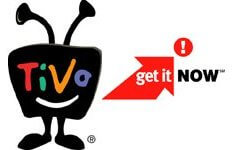 TiVo has partnered up with Verizon to offer: “TiVo Mobile”. According to an article on USA Today, TiVo mobile will allow you to schedule recordings on your TiVo straight from your Verizon wireless cellphone. The feature is expected to be released early this summer. Pricing for this new feature has not been disclosed.

“TiVo isn’t just about a great way to watch television but it’s also about a great way to manage your TV life, and to do that, we realize TiVo can’t be isolated. It has to be integrated with all these other digital devices in people’s lives,” TiVo CEO Tom Rogers said in an interview.

Unlike Dave Zatz, I’m extremely excited about this new feature. I’m already a Verizon customer so when the service is released this summer I’ll be one of the first to try it out. I can’t tell you the number of times I’ve been talking with somebody and they mention a show that I should watch only to realize that I don’t have an internet connection available to program my TiVo. Later on when I do have an internet connection, I tend to forget what show they recommended. Maybe I’m just a geek or I have a bad memory? In any case, this feature will be just one more reason why TiVo is better then the competition. I wonder if other cellular carriers will team up with TiVo and offer the same service. We’ll have to wait and see….

Yet Another Sign That TiVo Is Working On A New UI?