TiVo has informed both the FCC and cable providers that the Series 3 TiVo with CableCard support will be released soon and that it is currently in beta testing.

This product is currently being tested by a small number of consumers in cable markets across the country, and will be generally available in retail stores soon. Thus, we wanted to ensure that you are aware of this product in time to make any necessary preparations to support customers who request two CableCARD decoders for their TiVo Series3 HD DVR. 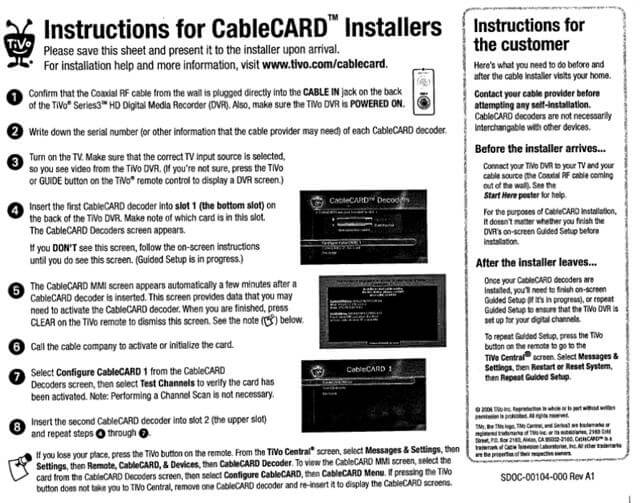 In the same letter, TiVo also expressed a concern they have with the cable companies and their Series3 TiVo:

….Specifically, TiVo expressed concern that if a cable operator distributes linear cable channels (apart from PPV and VOD) via switched digital technology, subscribers with a competitive entrant UDCP will not have access to the same channels as those subscribers leasing set-top boxes from the cable operator. Consequently, consumers will be hesitant to invest in UDCPs. This concern, which TiVo has heard from a number of customers, is captured by the attached e-mail, copies of which were distributed at the meetings. TiVo emphasized that it is not against cable’s use of switched digital technology, but simply wants those cable operators adopting the technology to take whatever actions necessary to ensure that subscribers with competitive entrant UDCPs have equal access to the same digital content offerings available to subscribers with MSO-leased set-top boxes.

Looks like the Series3 TiVo is coming out soon! I know I’m ready! Are you?