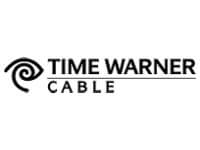 When all the news came out about TWC not supporting the Series3 TiVo, William Tello decided to email TWC directly so that he could figure out what was going on. Well, according to William, a TWC manager contacted him directly about the issue. The TWC manager told William that TW will provide CableCARDS for TiVo installs.

1. Cablecards will definitely be available to customers for use with the TIVO series 3 and as many as the customer needs. (I didn’t discuss pricing with him because frankly I’m not concerned about pricing for entertainment at all – I’m always willing to pay whatever it takes for exactly what I want).

The manager also told William that the CSR that William originally talked to didn’t have the correct information and that SDV won’t be as big a deal as some people were saying.

2. He has told me that the CSR(s) that I talked to, did not have the correct information to give me. He said that all of the currently available programming in a local TWC channel lineup, be it: analog, digital, standard-definition or high-definition will remain available to the cablecard and will not use SDV.

3. He assured me that when SDV is deployed it is only going to be for new programming only – anything not currently on a local TWC channel lineup. (That is a huge relief – so I might just buy a TIVO S3 now).

After reading this thread I feel a little more optimistic about the whole situation. This entire debate really comes down to what TWC and other cable companies mean by the word “support”. As somebody over on engadget said, just because the cable company doesn’t “support” your VCR doesn’t mean that they will try to keep it from working. Based on everything that I’ve read, it looks like TWC and other cable companies are simply trying to cover their a** so that when one of their customers has a problem with a third party DVR (ie: TiVo) they are not responsible for it.

Does anybody disagree with my analysis?